Will actors Chow Yun-fat, Tony Leung and dozens of other celebrities who have spoken out in support of Hong Kong’s democracy protests face career blowback in mainland China for voicing their views?

Apple Daily and other Hong Kong-based publications that have been supportive of the demonstrations reported this week that Chinese propaganda officials have drawn up a list of 47 such stars and ordered state-owned mainland Chinese media outlets to keep their names out of the press.

An employee at one state-run publication in Beijing said she was aware of the list but had no further details. She spoke on condition of anonymity because she was not authorized to talk to the media.

Reports of the blacklist come a week after Chinese President Xi Jinping delivered a major speech saying he believes that art should serve the people and socialism. 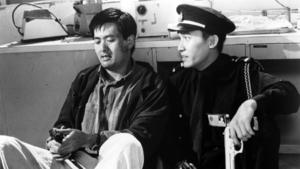 Time will tell whether celebrities who have spoken out in support of Hong Kong’s “Occupy Central” movement will be officially shut out of the mainland. But some mainlanders are already calling on fans to take measures into their own hands and boycott the films, TV shows and songs of such artists.